Skunked on the Snow Crust Moon 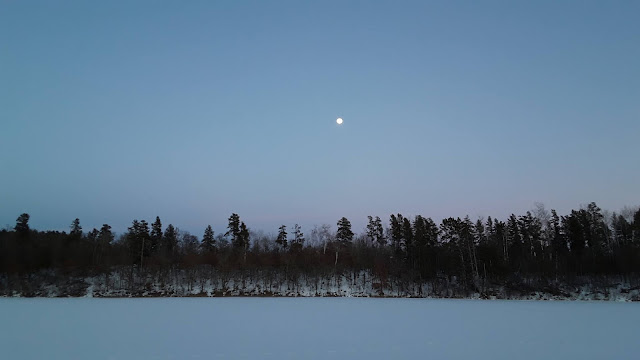 Daytime highs above freezing by late afternoon.
Three days running
Creating conditions to name another moon
Anishinaabeg tradition
Onaabani-giizis
the snow crust moon.
This warm weather has got me on the ice
Fishing. Crappies and bluegills to fry
Perhaps a pike
always hopeful for the big pull
and no ice to clear from my holes
at least until the moon rises
dropping the day for the crust to form
Two hours of sunset effort
produces not a single bite
But then
two coyotes yap and yap again
as if unsure to howl
And three swans with daylight riding their backs
honk and buzz overhead
heading east into the snow crust moon.
Tomorrow's morning rounds will indeed be crusty
new crunch underfoot
new season approaching
winter waning
angle increasing
Posted by Piscator Fontinalis at 6:05 PM No comments: 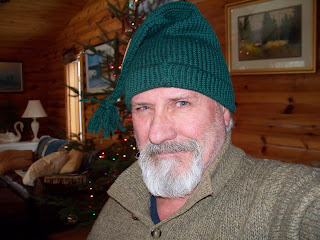 Can I get over it now

Forget about politics for awhile

And just go back to being regular Cooo Cooo ?

Here's a little song list for inauguration day. Not too light. Turn it up. LOUD

Posted by Piscator Fontinalis at 5:54 PM No comments: 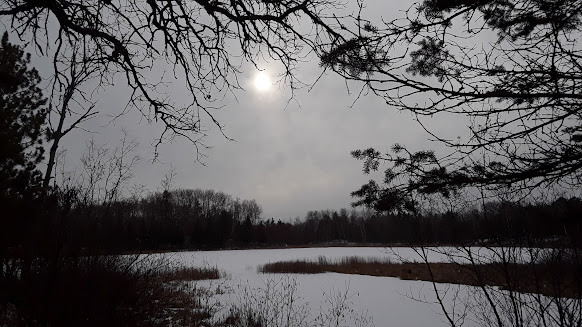 The tilt on the whirl at Zenith

Posted by Piscator Fontinalis at 12:07 PM No comments:

Otters on the edge 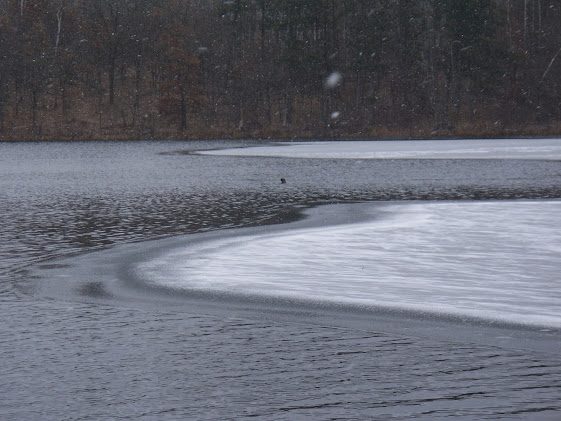 I first saw them in late August. Three young otters playing and splashing in the shallows around the edge of the old beaver lodge, near the lake edge, near the ground water seep. Stalking them for a photo opportunity resulted in a quick disappearance each and every time. I wasn't sure they would stay, as there are several lakes within a mile of here and one just over a 300 yard divide. But they persisted and were a pleasant encounter for us, every few days. By September there were two. I like to imagine that they were two sisters and a brother, the male striking out on his own as the weather got cooler and he matured beyond hanging around with the family. Maybe though, number three fell victim to the vagaries of the predatory segment of the local environs. Its a tough place around here, with eagles, loons, coyote, bob cat, and the odd but always possible grey brother. Fortunately, the local trapper has grown up and moved to the big city.

As the dogs and I encountered the otters on our lakeside walks, they would always be well away from any attempt at a photo, teasing and taunting the boys at some safe distance from shore. Eventually they began to use the dock as a sunning, eating and marking platform, leaving fish bits and loads of poop for the finding. Otter shit is powerful stuff to a dog, especially the rolling bit !! Try as I might, I could never get a picture, even with trail camera attempts. They would use the dock whenever I would remove the SD card for download. I started calling them the Murphy twins. 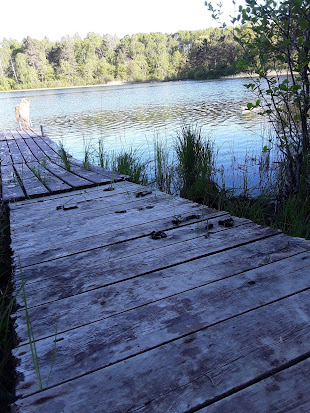 Now with freeze-up closing in, we find them at the edge of the ice, and the game continues - Otters periscoping and bronx cheering the dogs - Dogs woofing and alerting the Otters that they see them and best be ware. Perhaps they will spend the winter in the now abandoned beaver lodge or in some yet undiscovered bank den. Perhaps they can graze down the sunfish population at least a little. Perhaps there will be an otter slide down the steep bank above the seep. That would be cool. 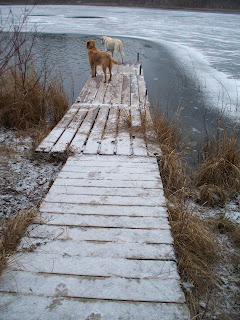 Posted by Piscator Fontinalis at 10:09 AM No comments:

Close now the sound of lapping waves will soon cease

locked away through long dark days ahead 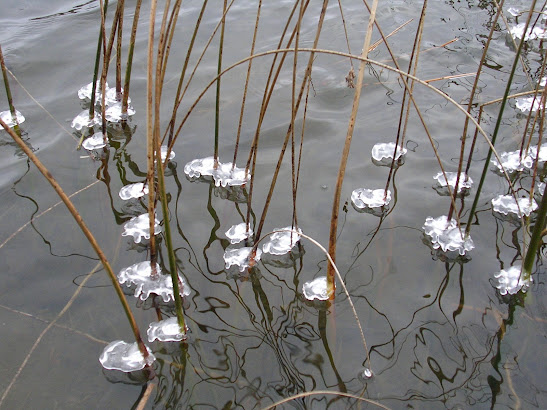 Posted by Piscator Fontinalis at 7:14 AM No comments:

same thing but not quite or "The Best Birthday Gifts Ever" ! 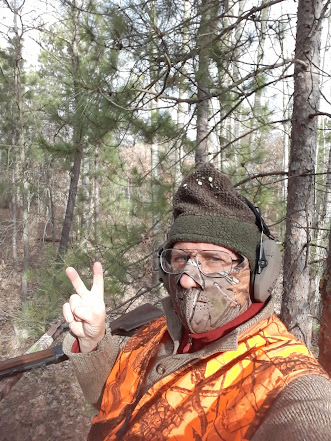 In the same tree as before

yet four years further down the road

and a buck walked up 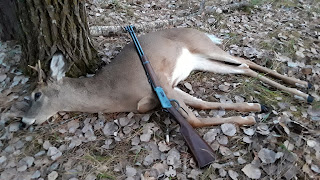 Posted by Piscator Fontinalis at 6:47 AM No comments: 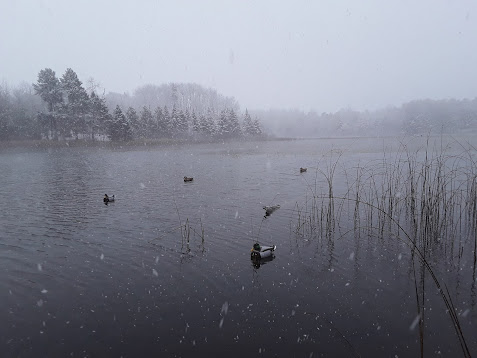 Most all the physical attributes around the digs are stashed, stored, drained, dried, covered or otherwise prepared for winter. 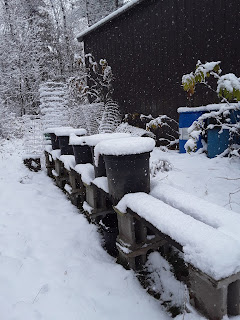 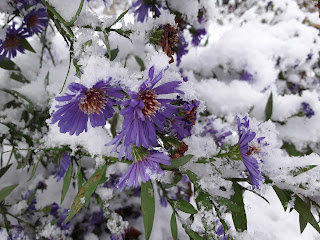 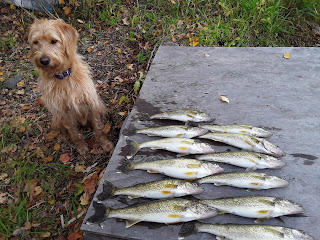 The forecast does not look favorable. We may really be in for it. I am not down with stiff water.

Posted by Piscator Fontinalis at 9:07 AM No comments:

Piscator Fontinalis
A northwood's curmudgeon - reluctant member of the species.